Update 2: Maybe the original speculation below was on target after all. Check out this tease from the Palm Blog:

There's been a lot of buzz about the new device our friends across the "pond" are planning to announce on September 12th...and it's not the Palm Centro smartphone!

Check back later for more info.

Well well. Not the Centro, eh? I don't know how that explains these photos of the Palm Centro on Orange (must be coming later), but it bodes well for that Vodaphone Windows Mobile Smarpthone-Edition Treo! In short, I really do think it will be the Gandolf.

That's the nature of guessing based on rumors and teases - you never know for sure until the release date.

Update 1, In Error - guessing it would be the Centro

Update: The speculation below, it's most likely wrong. Mea Culpa. PDAFrance has photos of what's clearly a PalmOS Centro. The mistake in my so-called logic below was assuming that Europe meant Vodaphone and therefore meant Windows Mobile. Europe also has other carriers, including Orange - which is clearly the carrier as you can see in the photos below. 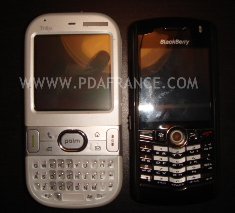 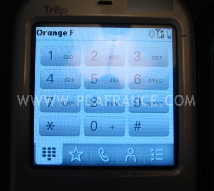 Over at euro.palm.com there's this new page with the following teaser:

The new PalmŪ smartphone. The word is, it's great for email, mobile internet, instant messaging, text and - with a full keyboard - saying what you really mean.
Sign up now and you'll be the first to know all about the latest cool phone from Palm on 12th September 2007. Not only that, you'll automatically be in with a chance to win five of the brilliant new PalmŪ smartphones. That's one for you and the other four for your friends, family, colleagues or whomever you want to impress.

...Along with this mysterious image: 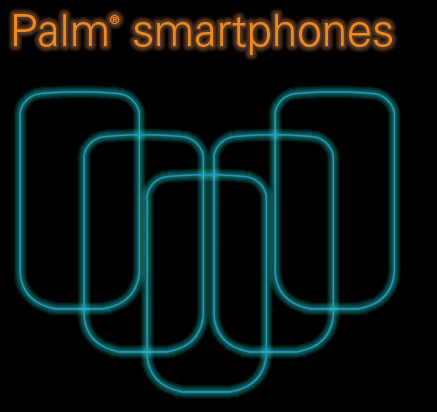 What does it mean? Many have speculated that it is a GSM version of the Palm Centro, previously announced (albeit with scant information) for the Sprint Network in the US. However, we here are TreoCentral are less sure, for a few reasons.

The main reason: This is launching in Europe, and therefore most likely to launch on Vodaphone. Vodaphone refuses to carry PalmOS phones - they've standardized on a few platforms, including Windows Mobile. Additionally:

More likely, though, these new "Palm Smartphones" (note again that they are not called "Treos") are one of two other rumored devices. The as-yet unseen and completely mysterious Treo 800w or the rumored Palm Gandolf, pictured at bottom.

The "Gandolf" fits this teaser much better than the Centro on all 3 three points mentioned above:

It's notable that, to this Windows Mobile user's eyes, that the Gandolf clearly looks like the Windows Mobile 6 Standard Edition device - which means that it would not have a touchscreen. This would be a first for Palm and actually rather exciting - Palm's "special sauce" of improved usability could go a long way towards improving the non-touchscreen User Interface of Windows Mobile.

Discuss this story in our forums.