(Ed. Note: The TreoCast was due out on Monday, a holiday for us. Expect to see it this week for sure.)

For many Treo fans the mantra has been "we all knew 2007 would be tough, but in 2008 things will get better." Well, 2007 has been pretty tough for Palm the company and also for Treo fans - but the doom and gloom has hidden some really great improvements and smartphones. Will 2008 be the year that Palm has it's long-awaited resurgence? Our Magic 8 ball says "ask again later," so we're going to start a little slower by taking a look at the year-that-was before we jump into the year-to-come.

In terms of "corporate news," things didn't really get started for Palm until April 10th, when Ed Colligan confirmed during an "Investor Day" webcast that Palm was developing their own version of a Linux powered Palm OS. That of course was huge news! Since then their decision to sever ties with Access and go it alone has come to look like a great idea. The only x factor is whether or not Palm will be able to compete with Google's Android, another Linux-based smartphone platform. Too soon to tell.

The very next day after confirming the Linux rumors, Palm also launched their own company blog. That was nice since their customers are able to read some about what's going on and even chime in on the comments. The blog finally gave Palm a way to directly communicate with their most passionate users and also has been one of the ways that Palm has kept them in the loop with their many difficulties releasing needed ROM updates to several Treos throughout the year. 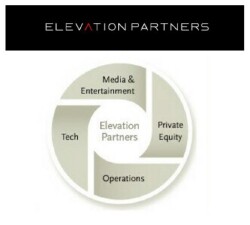 Many people thought that Palm would sell out to another company (the main rumor was Motorola) in 2007. But Palm instead announced a different deal: they sold off 25% the company to a private equity firm, Elevation Partners, and announced a recapitalization plan that would position Palm to lead the next phase of the smartphone and mobile-computing markets. The $325 million that Elavation invested in Palm was their largest investment ever. Along with the recapitalization came a restructing in Palm. Jon Rubinstein, the former senior vice president of hardware engineering and head of the iPod division at Apple, became Palm's executive chairman of the board. Fred Anderson and Roger McNamee, managing directors and co-founders of Elevation, joined Palm's board of directors. As Ed Colligan noted last week, the new management, especially Rubenstein, are expected to transform Palm in 2008.

Towards the end of 2007 Palm began to have some pretty bad financial numbers even though overall they seem fairly strong. Their numbers fell short back in October, and their preliminary numbers for Quarter 2 of Financial year 2008 don't show an indication of their finances turning around yet. Palm cut some jobs less than two weeks after announcing their plans to sell a stake in the company to Elevation Partners and they did so again this month. 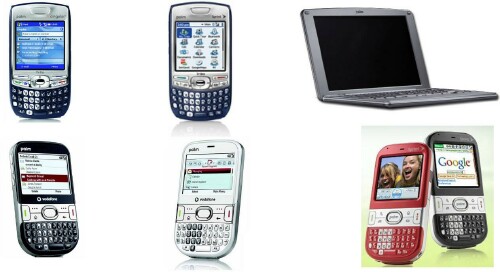 Palm started out 2007 with a bang, releasing the Treo 750 in the United States. The 750 was the first Treo on to work on Cingular's (now AT&T) 3G network and the first Windows Mobile Treo for the Cingular network.

Palm announced the Treo 755p on Sprint on May 9th (the followup on Verizon was not to come until just this week!). The 755p was nearly identical in function to the 700p, but came in a smaller, antenna-less form factor. Many expected Palm to repeat that form factor across their entire line of Treos for all carriers, but as 2008 draws to a close there are still a few gaps -- namely the Treo 700wx on both Sprint and Verizon.

Then, a surprise announcement on May 30th. Palm announced the Foleo. Dieter Bohn, Annie Latham and Andre Kibbe of TreoCentral gave their first impressions of the Palm Foleo. The excitement grew as Palm announced some 3rd party Foleo apps like Astraware Sudoku. With each 3rd party app announced, the Foleo was looking more promising.

Palm continued to announce 3rd party support for the Foleo up until September 4th. That brought us probably the biggest device news out of Palm all year: we all got shocked when Palm announced they were canceling the Foleo. Although most said it was the smart move for Palm -- allowing them to focus on developing their next-gen Linux OS, some felt a curious absence.

Eight days later Palm delivered another piece of surprising product news: they launched the Treo 500v in Europe. The Treo 500v was Palm's first Europe-only device and their first non-touchscreen Treo. In fact, a lot of people think that Palm didn't have all that much to do with making the Treo 500v, because Vodafone and Microsoft did the "secret recipe" software improvements and the hardware was developed by Asus.

Then on September 27th they announced the Centro, which has a similar form factor but runs the Palm OS. The Centro looks great and has really been selling well for Palm. It's currently only available on Sprint but Palm has confirmed it will be released "on at least one other carrier." I hope it's released for all carriers and soon!

Ed Colligan had this to say about the Palm Centro in last week's conference call:

"The Palm Centro is a hit. It has delivered record sell-through rates -- beyond any smartphone Palm has delivered to date -- and as we expand distribution with a wider range of partners this quarter, we expect those sell-through rates to expand significantly. The Centro is also a high quality product that has been recognized by many as beautiful in design, and breakthrough from a value and functionality standpoint. We will invest in our marketing efforts to maximuze the success of the Centro, and we believe the imminent launch in a number of additional global markets will continue its momentum."

Palm only released two brand new form factors for phones in 2007 - the Centro and the Treo 500v (and one could argue that Palm didn't develop that form factor by themselves). So all in all, it was an "off year" for Treos and an "on year" for non-Treo stuff from Palm -- although you could probably count the Centro as a Treo. Palm almost did! We're sincerely hoping that will not be a sign of what's to come in 2008. But we're getting ahead of ourselves... Coming up tomorrow, TreoCentral's predictions for 2008!